The Thai baht and the Philippine peso have lagged all their Southeast Asian peers this year. This may continue as inflation readings could reinforce their central banks as two of the biggest doves in the region.

Bangko Sentral ng Pilipinas is weighing a reduction in the while some members of the Bank of Thailand’s policy committee see a need for another rate cut. This easy stance is at odds with that of policy makers elsewhere which are preparing to unwind stimulus deployed to counter the fallout from outbreak.

The baht and the peso are among Asia’s most vulnerable currencies given that their nations are highly dependent on cash generated from abroad -- tourism for Thailand and remittances for the Philippines. Thailand’s budget and current-account add further pressure on the baht, while in the Philippines the risk of a sovereign rating downgrade, spurred by a spiraling debt-to-growth ratio, is doing the peso no favors.

“Both the PHP and THB have been weighed down by the virus outbreaks which have hit growth and confidence,” says Irene Cheung, FX strategist at Australia & New Zealand Banking Group Ltd. in Singapore. “The external balance in both countries has been negatively impacted. Philippines trade deficit has rewidened, while Thailand’s current account has deteriorated sharply due to the slump in tourism.”

The baht has lost more than 8% against the dollar this year while the peso has weakened almost 4%.

The currencies could extend losses if inflationary data this week offer scope for policy makers to lean further toward accommodation. Thailand is forecast to report on Monday that consumer prices rose just 0.36% year-over-year in August, giving the central bank plenty of room to continue its policy stance, or even again as two members of its policy committee wanted to do last month.

Data on Tuesday are expected to show that the Philippines’ price growth came in at 4.4% last month -- above the central bank’s 2%-4% target -- but anything other than a very strong upside surprise is likely to mean BSP tightening remains off the table. At its August meeting, the central bank said it expected CPI to of the range for 2022 and 2023 -- and it has already come down noticeably from February’s 4.7% peak.

With BSP and BoT set on avoiding rate hikes, the peso and baht may be on track to end the year languishing at the bottom of the regional currency rankings table.

Here are the key Asian economic data due this week: 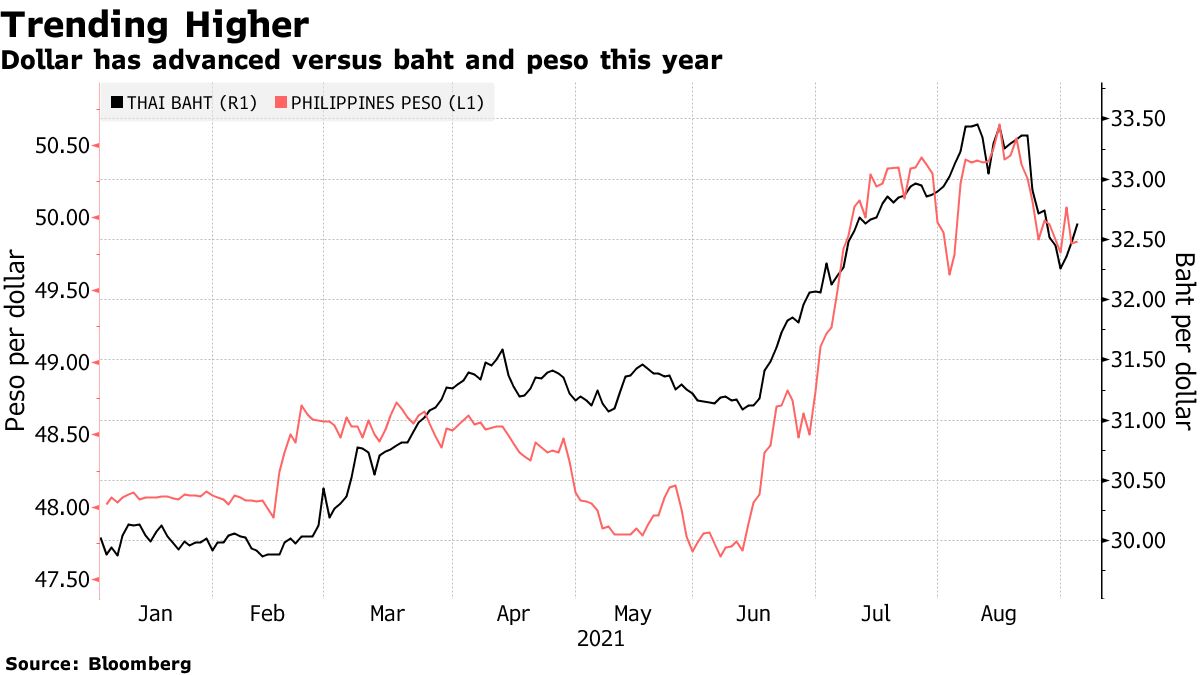 Inflation rates back the case for policy to stay accommodative