The Monetary Authority of Singapore, which manages the exchange rate as its main monetary tool, increased the slope of its currency band Thursday “slightly” from zero percent previously. That means it’s allowing the currency to appreciate against its peers in the months ahead to counter imported cost pressures.

The Singapore dollar rose as much as 0.3% after the announcement to its strongest against the U.S. dollar since Sept 23.

The policy move came as Singapore reported that in the third-quarter expanded 6.5%, in line with expectations. The central bank said in a that it sees growth “likely to remain above trend in the quarters ahead.”

Only one of 15 economists expected a steepening of the MAS currency band. Tamara Henderson of Bloomberg Economics also correctly predicted the out-of-consensus move, having flagged a “robust outlook” and inflation risks.

Singapore’s twice-yearly monetary policy decisions provide a window on the global economy given the city-state’s high exposure to trade and supply-chain price pressures, which have risen in recent months.

“Looks like concerns about global supply chain constraints have helped to tilt the transitory rhetoric to expectations it will persist for some time,” said Selena Ling, head of treasury research and strategy at Oversea-Chinese Banking Corp.

Details of the MAS price outlook Thursday include:

Quickening inflation “in the quarters ahead” rests on imported cost pressures from a strengthening recovery in global demand, the MAS said, and supply constraints that have sent commodity prices soaring worldwide.

Domestically, it sees wage growth firming as the job market improves, consumer prices rising alongside business costs amid re-openings and reinstatement of service fees that were delayed during the pandemic.

The MAS has a unique approach to monetary policy. Rather than using interest rates to maintain price stability, it guides the local dollar within against a trade-weighted basket of currencies.

With one of the highest Covid vaccination rates in the world, Singapore also is closely watched for its policy responses amid the pandemic recovery, including re-opening of travel and fiscal support that’s included about S$100 billion ($74 billion).

MAS said the trade-reliant nation’s growth outlook is bolstered by a “resilient electronics cycle” and generally improving business activity. Domestic- and travel-focused sectors should also benefit as Singapore transitions toward living with Covid-19 as endemic.

“Barring the materialization of tail risks such as the emergence of a vaccine-resistant virus strain or severe global economic stresses, the Singapore economy should remain broadly on an expansion path,” the MAS said. “The slack in the labor market should continue to be absorbed and the negative output gap close in 2022.”

The Ministry of Trade and Industry’s third-quarter GDP data on Thursday also showed the economy expanded 0.8% quarter-on-quarter on a seasonally adjusted, non-annualized basis. The median estimate was for growth of 1.1%

The MAS said Thursday that it sees economic growth “slower but still-above trend” in 2022 after this year’s6%-7%. The trade ministry is expected to release a next month.

More details from the third-quarter GDP report include: 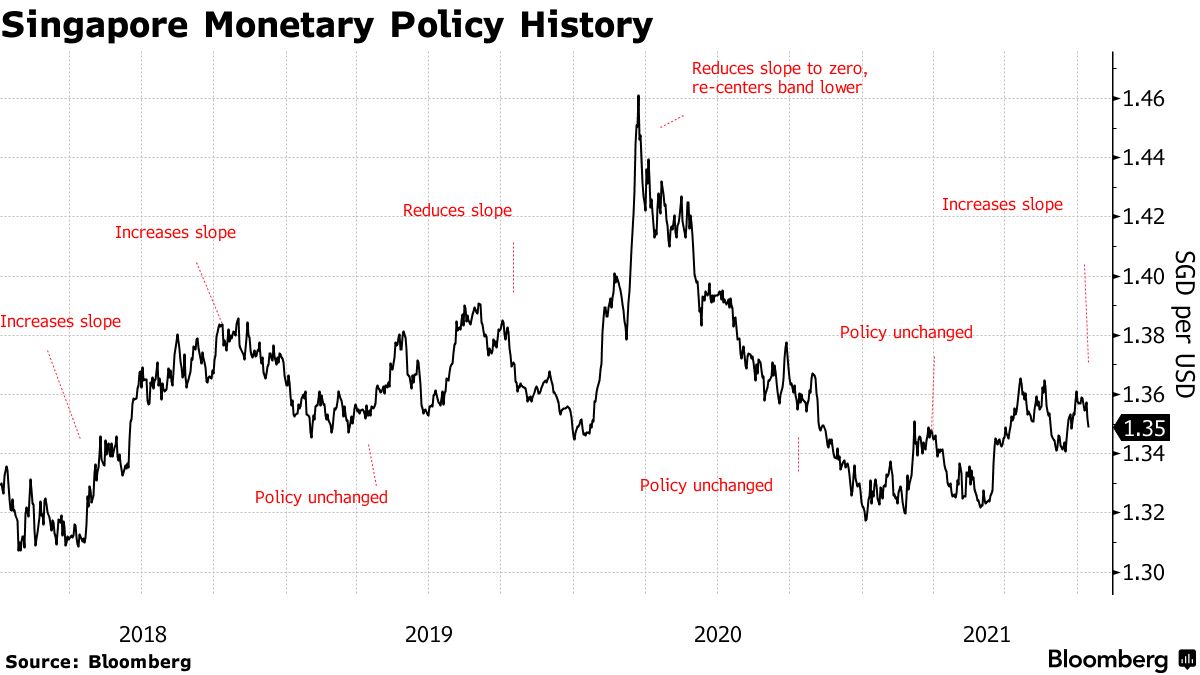