Asian stocks climbed Monday, helped by rallies in Japan and Chinese technology shares, while crude oil surged past $80 a barrel amid a global energy crunch.

were boosted by a weaker yen and Prime Minister Fumio Kishida’s comments that he isn’t considering changes to the country’s capital-gains tax at present. A Hong Kong gauge of Chinese tech equities jumped 3% on easing concerns about Beijing’s crackdown on internet platforms, with food delivery giant Meituan bolstered by a lower-than-expected antitrust .

West Texas Intermediate crude was around the highest since 2014. China’s coal futures reached a as flooding shuttered mines. A gauge of the dollar was steady. Treasury futures fell, after the 10-year U.S. Treasury yield advanced past 1.6% on Friday. There’s no cash Treasuries trading Monday due to a U.S. holiday.

Investors are braced for upcoming reports on third-quarter company profits and monitoring risks from an energy crunch, the prospect of tighter monetary policy and debt woes in China’s property sector. In the U.K., Bank of England officials moved to signals of an imminent rise in interest rates to curb inflation, boosting the pound.

Goldman Sachs Group Inc. economists their forecasts for U.S. growth this year and next, blaming a delayed recovery in consumer spending. The declines were mostly offset by upgrades to projections for the following two years.

In cryptocurrencies, Bitcoin was steady, trading around $55,000.

Here are a few events to watch this week:

Some of the main moves in markets: 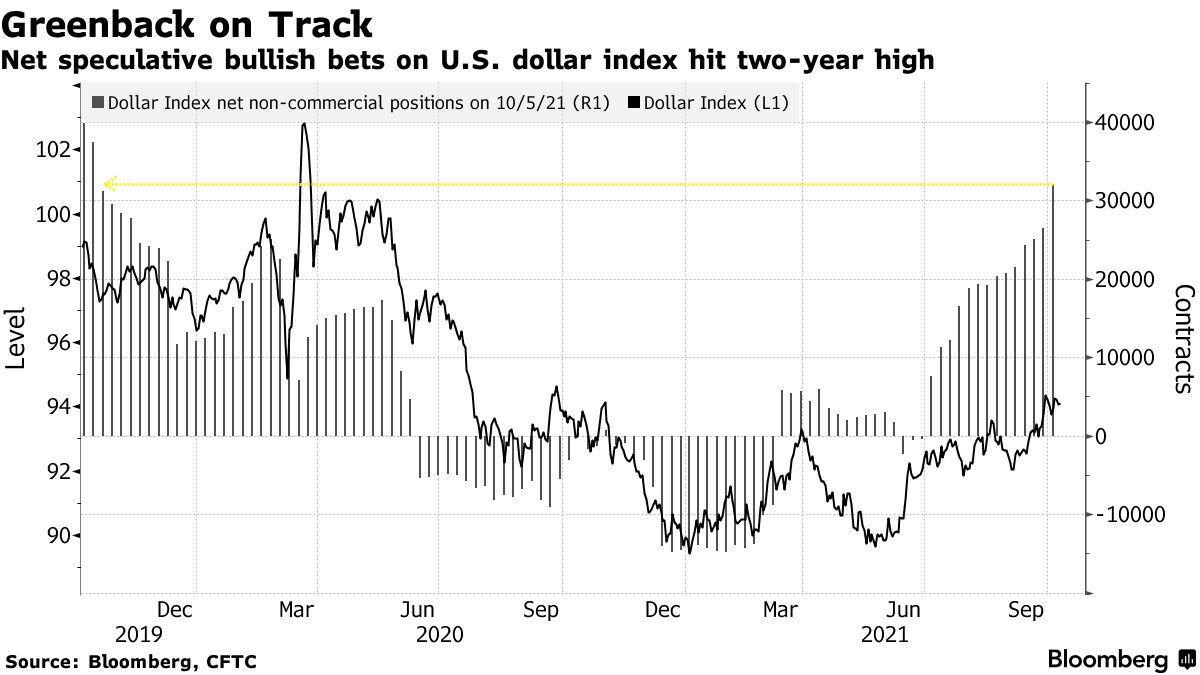 WTI crude oil above $80 a barrel; gauge of dollar steady