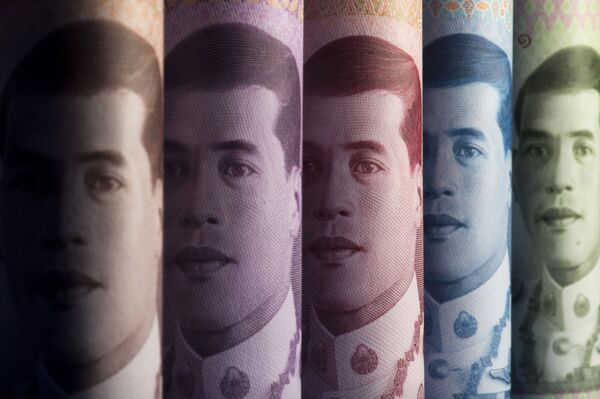 Thailand’s baht rallied the most since August as an easing of travel requirements for vaccinated visitors brightened the outlook for the tourist-reliant economy.

The baht jumped as much as 1.4% to 33.426, the biggest gain since Aug. 24. Visitors from 10 low-risk countries required to undergo isolation on arrival from Nov. 1, Prime Minister Prayuth Chan-Ocha said Monday. Thai stocks were poised for their highest close since Sept. 6.

Analysts are ramping up bullish bets on the baht after it fell to the bottom of Asia’s currency rankings with a loss of nearly 11% this year.

“We do expect the reopening to surprise market expectations positively into the year-end leading to a recovery in the baht,” said Divya Devesh, head of Asean and South Asia FX research at Standard Chartered Plc in Singapore. The bank’s year-end target for the currency is 32.50 per dollar.

Thailand is pushing ahead with a “living with Covid-19” strategy after foreign tourist arrivals plunged to 73,932 in the first eight months of this year, from almost 40 million visitors who generated more than $60 billion in revenue in 2019.

The benchmark climbed 0.7% to 1,644.93 as of 10:15 a.m. in Bangkok. , which controls the nation’s biggest budget airline, surged 9.8%. , the state-controlled airport operator, climbed 3.9%. Bumrungrad Hospital Pcl, which earned most of revenue from overseas patients before the Covid-19 outbreak, jumped 5%.

With the nation opening up for tourists and a pick up in vaccination rates, the economy will in the last three months of the year, Bank of Thailand Assistant Governor Titanun Mallikamas said late last month. At least 70% of the country’s population will receive two doses of vaccines by the end of December, according to the government.

“The reopening of Thailand to international travel is key to the economy and limits the negative impact of the recent turn from a surplus to a deficit position in the current account,” said Irene Cheung, senior strategist in Singapore at Australia & New Zealand Banking Group Ltd.

However, it’s unlikely to be a straight path ahead for the baht.

“The initial pick-up in tourism revenues could be slow,” said Yanxi Tan, foreign exchange strategist at Malayan Banking Bhd. A boost to the currency may only materialize more discernibly after a few quarters but the baht may end the year at 33 per dollar, he added. 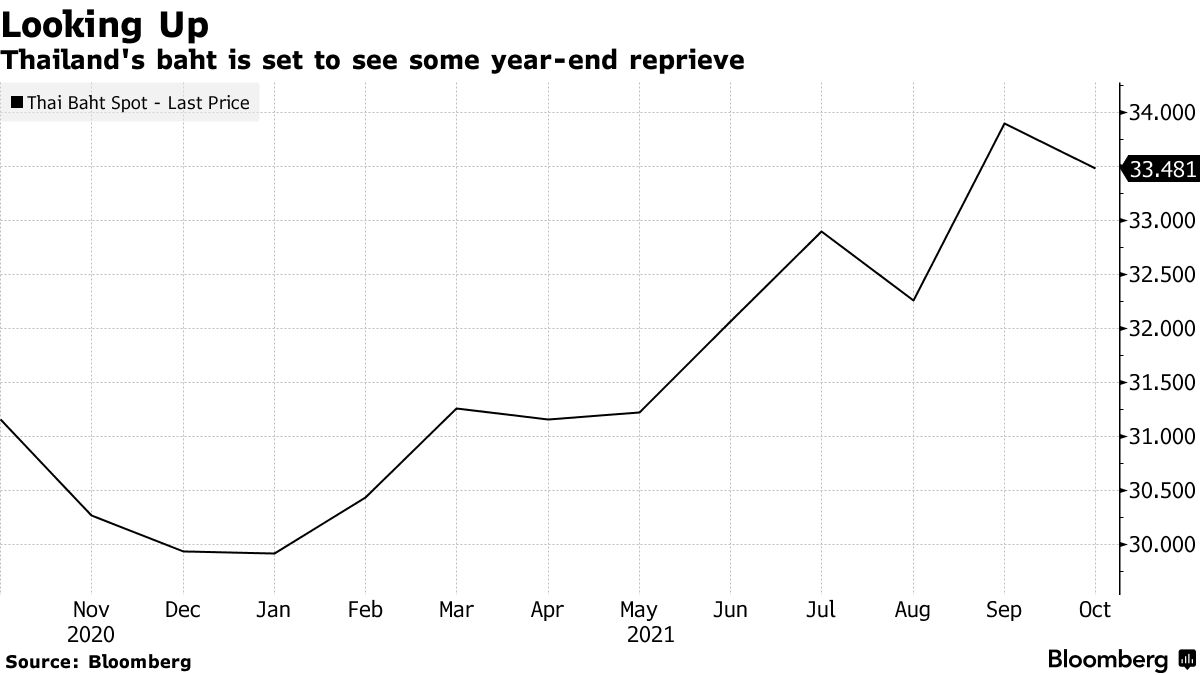 Year-end view for baht most bullish in Southeast Asia: survey

Yen Declines to Lowest Since 2018 as Fed, BOJ Policies Diverge