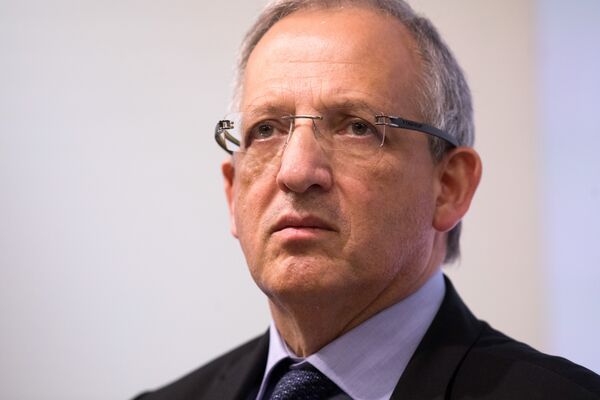 The crypto-currency market is double the size of the sub-prime debt in the U.S. on the eve of the financial crisis and poses a threat unless urgently regulated, the Bank of England said.

Crypto assets are now worth $2.3 trillion, about 200% more than at the start of the year. While that’s still a small part of the $250 trillion global financial system, it’s about twice the size of the $1.2 trillion sub-prime real estate debt market in 2008.

The comments mark a shift for the BOE, which along with other banking regulators has brushed off digital currencies as assets without an intrinsic value that may go to zero. While Cunliffe repeated that refrain, he also noted ways that the technology is providing a genuine service that are appealing to more investors.

“Recording and transferring ownership of assets is the bedrock of the financial system’s role in storing value and in making transactions,” Cunliffe said. “Crypto technology enables -- though it does not require -- recording and transfer to take place without the banks or custodians that have historically carried out this function.”

He noted that “a massive collapse in crypto-asset prices” is a “plausible scenario,” and that would highlight how assets like Bitcoin connect with the rest of the economy.

About 2.3 million adults in the U.K. alone hold crypto assets, a by the Financial Conduct Authority showed. Cunliffe said more people see those assets as an alternative to mainstream investments instead of a gamble, and about half intend to invest more.

He compared the risks coming from digital currencies to the dot-com crash in the early 2000s, when $5 trillion was lost on global stock markets after a five-year surge in tech companies left the Nasdaq with a value of $3.6 trillion.

In the 2008 sub-prime debt crisis, “a relatively small market was amplified and reverberated through an unresilient financial system, causing huge and persistent economic damage,” Cunliffe said. Regulators in many jurisdictions have started work on what to do, and they need to move with “urgency.”