While the top consuming nations are to release oil from their national reserves to rein in rising prices, crude is actually cheap relative to other financial assets, according to JPMorgan Chase & Co.

Among global stocks, bonds and commodities, oil is in the 19th percentile over the last 20 years, and to rise to the 50th percentile relative to historical levels, it would need to be at $115 per barrel, strategists led by Marko Kolanovic said in a note Monday. West Texas Intermediate was near $76 on Tuesday.

And the $115 a barrel estimate is actually conservative because it excludes “expensive” assets like central bank balance sheets and the Nasdaq stock exchange, the strategists said. If they’d been included, that would imply a median oil price in the range of $300 to $500 a barrel. However, JPM noted that this is just one way to analyze asset prices and doesn’t represent their near-term price targets.

Crude has had some precipitous declines over the years and is still well below levels from 2011 to 2014, for example. That contrasts with many other financial assets, which are at record levels, and suggests oil hasn’t kept up with the growth in central bank balance sheets as they try to combat the effects of the pandemic. 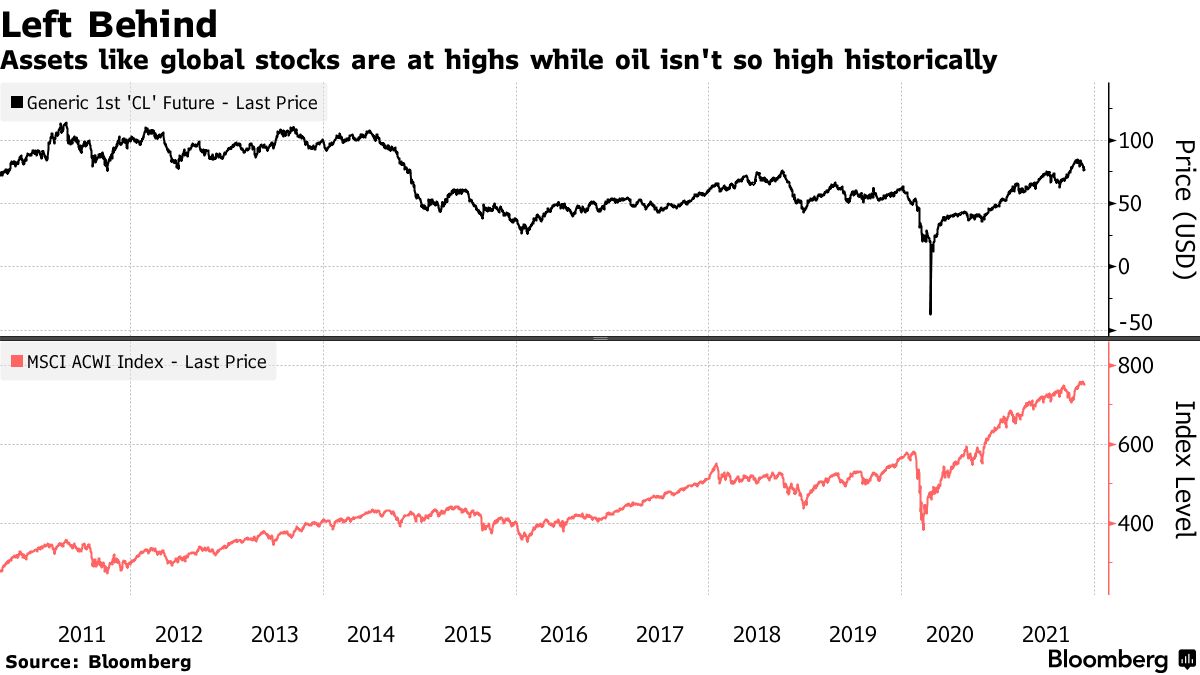 Crude would need to hit $115 to reach historical median level

Producers are subsidizing consumers in a way, strategist says