India Rupee Falls to Record as Dollar Strength Dents Risk Mood
article
09 May 2022 09:04 AM
by

The Indian rupee fell to a record low as dented demand for riskier assets and foreigners continued to dump the nation’s stocks.

“It’s clearly about dollar strength, as well as a function of oil,” Ashhish Vaidya, head of treasury and markets at DBS Bank Ltd. in Mumbai, said on Bloomberg TV. “As far as oil is buoyant, the rupee will continue to be under pressure.”

The moves may exacerbate worries about outflows after foreign funds pulled a record $17.7 billion from Indian equities this year with surging inflation and the prospect of aggressive monetary tightening roiling global markets. A surprise rate hike by India’s central bank hasn’t been able to stem the rupee’s decline as a widening current-account deficit amplifies concerns.

India relies on imports to meet about 80% of its oil needs and elevated energy prices threaten to quicken inflation and widen its current-account and trade deficits.

The Reserve Bank of India’s “recognition of the need for urgency in normalizing policy” has provided some support, BNP Paribas strategists Siddharth Mathur and Chidu Narayanan wrote in a note. “However, as equity flows can dominate interest-rate sensitive flows, there is a high downside risk to the rupee from a deterioration in equity market sentiment as a result of a rapid tightening in domestic financial conditions.”

The RBI has been using its forex reserves to stem the currency’s losses. Latest data showed that the reserve pile had dropped below $600 billion for the first time in a year. 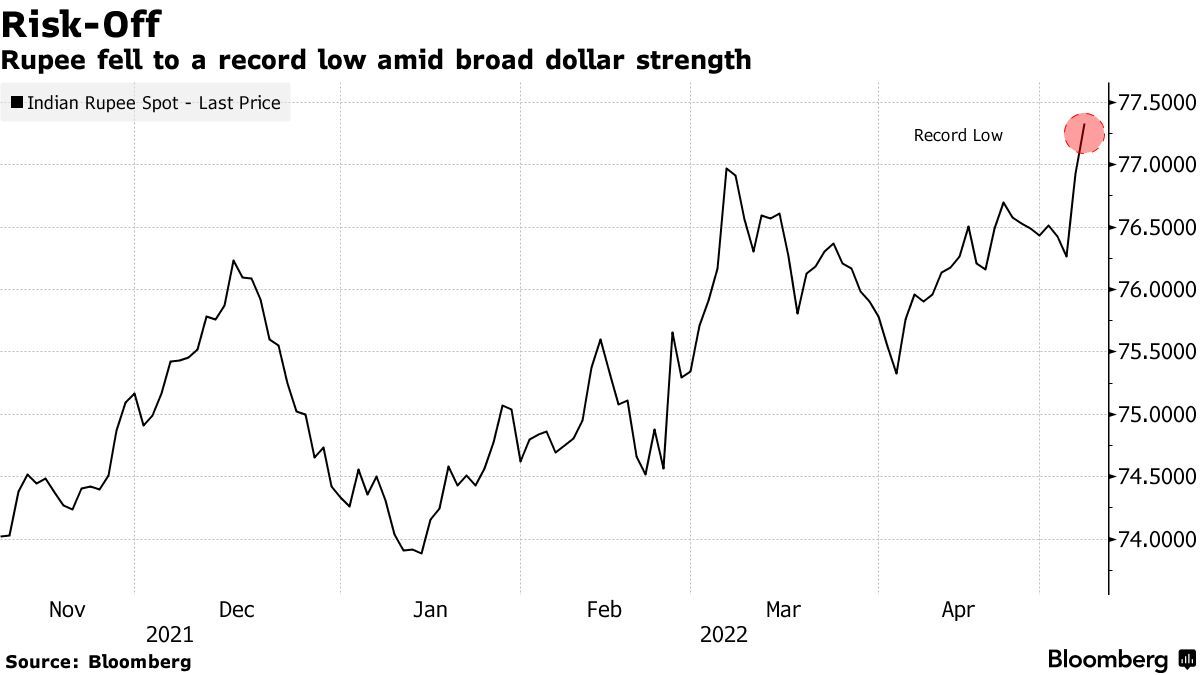