Australia’s currency tumbled toward a key psychological level Monday as fears of prolonged lockdowns in China along with a stronger dollar clobbered demand for the risk-sensitive asset.

The Aussie dropped as much as 1% in early Asia trading to the lowest since January 31 -- just above the closely-watched 70 U.S. cents level. The currency has plunged more than 8% against the greenback since its year-to-date high in April as traders bet on a slowing Chinese economy and Federal Reserve rate hikes outpacing those at home.

Over the weekend, Chinese Premier Li Keqiang of a “complicated and grave” employment situation as Beijing and Shanghai tightened curbs on residents in a bid to contain Covid outbreaks in the country’s most important cities. The rolling out of even more intense restrictions adds further to the challenges facing policymakers seeking to shore up growth.

The Aussie “will remain weighed down by growing concerns about the Chinese economy and a stronger dollar,” Commonwealth Bank of Australia Ltd. strategists including Joseph Capurso wrote in a note.   “The deteriorating situation in China’s economy has been and will remain a significant weight” on currencies including the Australian dollar.

The fate of the currency has split investors with fast-money funds turning bullish and their more institutional peers doubling down on bearish wagers last week. 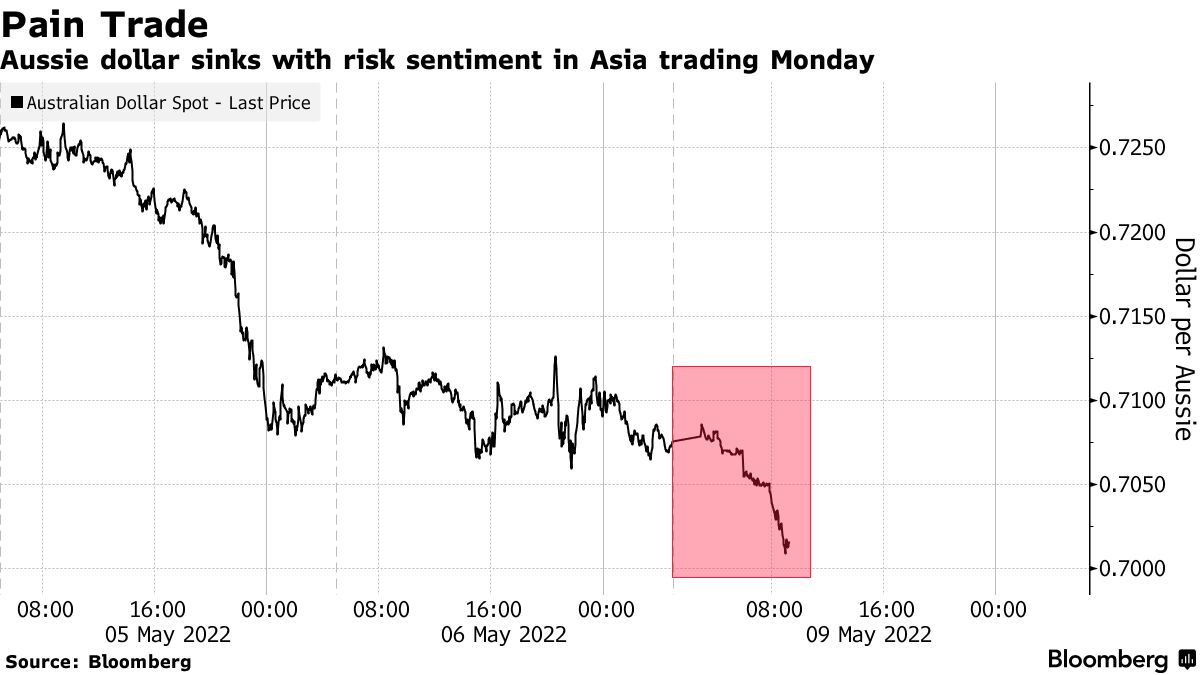