The Euro Will Survive Falling Below Parity With the Dollar
article
16 May 2022 09:30 AM
by

The Euro Will Survive Falling Below Parity With the Dollar 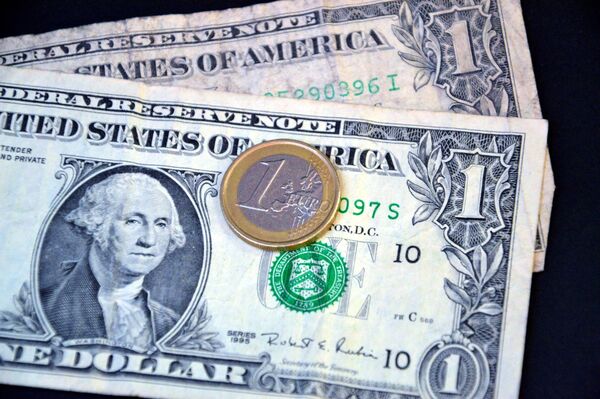 The euro hasn’t been this cheap against the dollar for almost two decades, but it can get cheaper still. The tail risk of Russian gas and oil being suddenly shut off, most likely plunging the European continent into a sharp recession, is too unpredictable for investors to confidently bet on a rebound any time soon.

The good news, though, is that this time really is different. When the euro traded at less than one dollar at the start of the century, it was largely down to an existential risk that the new common currency project could easily fall apart. Then, the euro crisis 10 years later highlighted fundamental differences between the core and peripheral countries stressing the union. But now the euro area is jointly facing an external threat, and while imported inflation on this scale hurts, it’s a collective problem. The eventual resolution will be too.

According to Kit Juckes, currency strategist at Societe Generale SA, the common currency is undervalued on pretty much every metric. For instance, he points to the International Monetary Fund's purchasing power parity measure, which estimates fair value at $1.45 per euro, a long way from the current market rate of about $1.04. And, to channel John Maynard Keynes, currencies can irrationally stay rich or cheap for extended periods beyond most investors' solvency.

There are three basic reasons why the  currently — beyond its status as the world’s reserve currency — and thus why the rest of the world's currencies — but particularly the euro — are so weak. First, the proximity of the war in Ukraine to the euro area. Second, relative growth expectations: A red-hot US economy has recovered from the pandemic much quicker and is expected to grow faster than the euro area. Finally, there are relative interest-rate differentials, with the Federal Reserve much quicker out of the box with 75 basis points of hikes (from a higher base) already and a higher indicated path of future increases. The European Central Bank is still dithering over whether to finally raise its deposit rate of negative 50 basis points before its summer break; it’s also still buying bonds, adding to its vast quantitative easing pot.

The economic factors are exacerbated by fear of the aftershocks from Russia's invasion of Ukraine. The Japanese yen and Swiss franc, often perceived as havens during turbulent times, are also very cheap to the dollar, but it is the British pound to which the euro is mostly closely shackled.

This doesn't mean when this situation is ever resolved that the euro will stay permanently undervalued; its five-year average of $1.15 is probably where fair value is. A short period of trading below parity won't unduly damage the economy, and its export sector would benefit unless global demand craters. During the pandemic, the impressive coordination of the EU's fiscal stimulus with the monetary efforts of the ECB offer realistic promise that all policy makers will work together to counteract the economic damage.

The omnipotence of the dollar can’t last forever, though greenback underperformance most likely won't be seen again until the Fed has broken the back of the US labor market — ever-higher rates leading to demand destruction. Until the world outlook changes the euro is in difficult place, but it will recover intact if a bit bruised. 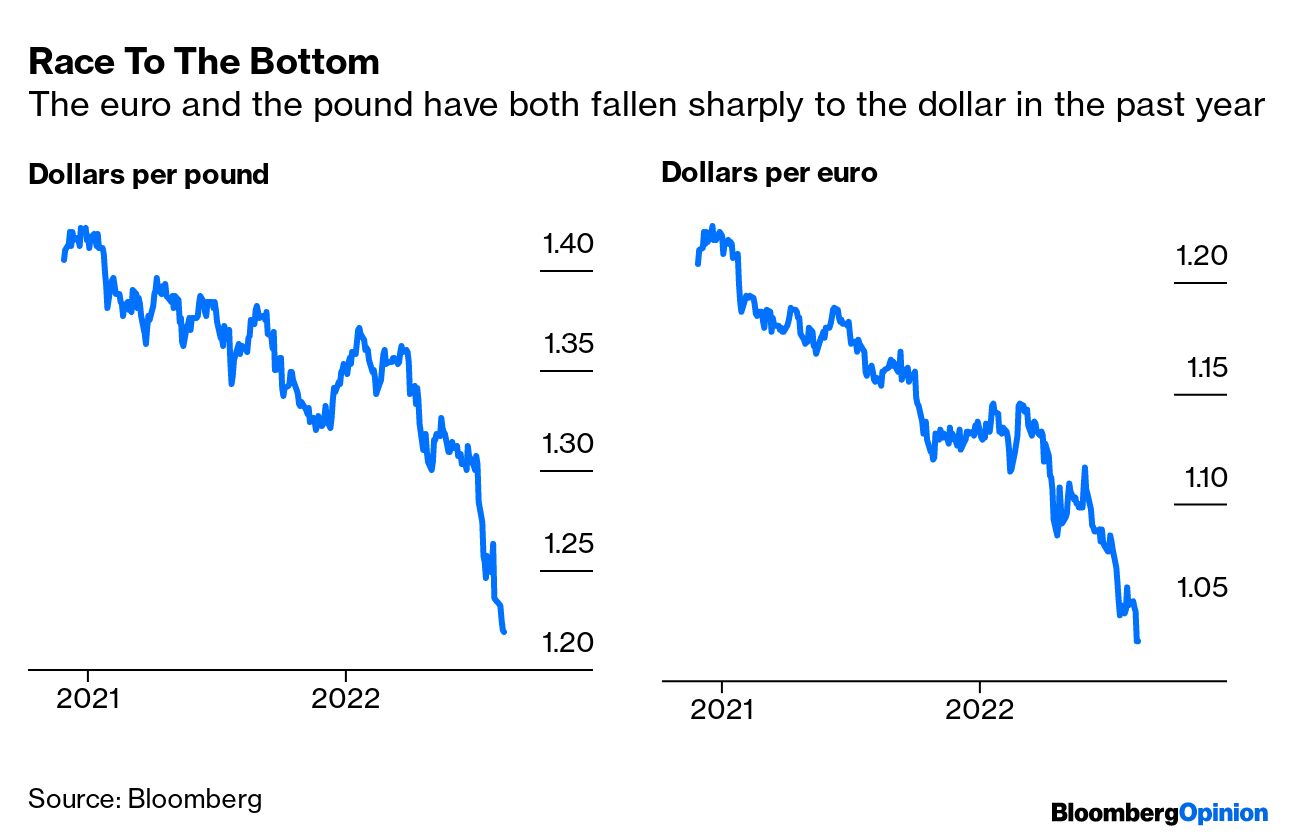 The Yen Is Now Resurgent Even as Broad Dollar Strength Persists

Goldman Says a Recession Would Cast Doubt on a Strong Dollar