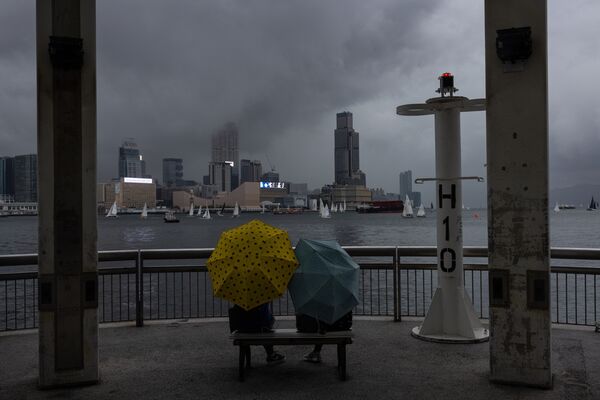 Hong Kong bought local dollars for the first time since mid-May, as the currency fell to the weak end of its trading band amid recent strength in the greenback.

The Hong Kong Monetary Authority bought an additional HK$9.255 billion ($1.2 billion) worth of the city’s dollars, after earlier buying HK$4.396 billion to support the currency, which was trading at the weak end of its trading band. Capital outflows fueled by bets on rising interest rates in the US sent the Hong Kong dollar to the weak end of its permitted 7.75-to-7.85 per greenback trading range. The aggregate balance will decrease to about HK$306.3 billion on June 16.

“The Federal Reserve’s rate hike pressure could spread to the Hong Kong dollar market in the next three months,” Ken Cheung, chief Asian foreign exchange strategist at Mizuho Bank Ltd. wrote in a note. “The HKMA will need to follow Fed’s aggressive tightening cycle under the peg,” so the city’s pace of rate hikes could be faster than emerging markets in Asia.

Selling of the local dollar has intensified this year as a hawkish Federal Reserve triggered a rally in the US currency, undermining the appeal of Hong Kong assets. The surge in US inflation on Friday led to bets of faster rate hikes by the Fed and led to a surge in the greenback.

The city’s currency touched the weak end of band for the first time in nearly a month on Monday but the HKMA didn’t intervene then. The HKMA bought a total of HK$18 billion of the local dollar between May 11 and May 16 after the currency breached the weak end of the band. 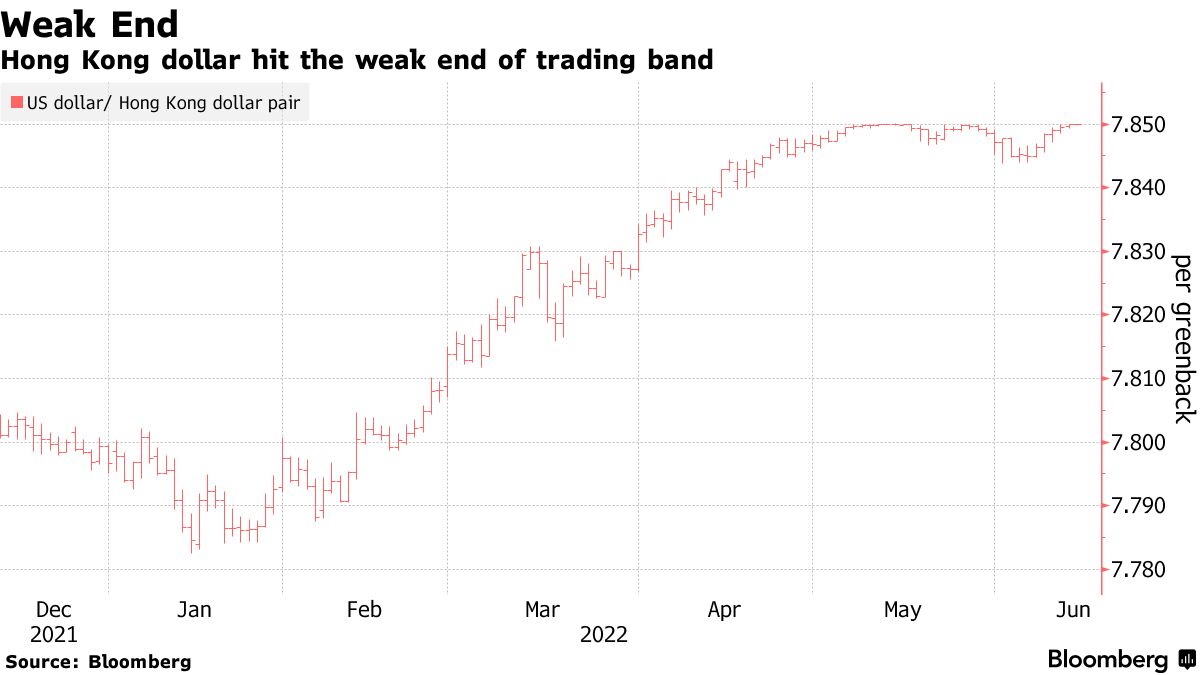 City’s currency falls to weak end of trading band at 7.85