Beleaguered Yen Battles Back as Investors Rediscover Old Haven
article
14 Jun 2022 05:14 AM
by

Amid all the hand-wringing about the yen tumbling to a 24-year low, it may seem churlish to point out that it’s actually the best performing Group-of-10 currency over the last four days.

The traditional haven is little changed against the dollar since June 8th, when global stocks began their latest selloff -- one that has pushed them into a . Peers from fellow haven the Swiss franc to the commodity-sensitive Norwegian krone have slumped about 2% and 5% over that timeframe.

Bloomberg’s correlation-weighted indexes -- gauges of each currency’s relative strength against peers -- show the yen measure climbing neck and neck with the dollar one, despite Treasury yields posting their biggest two-day jump in decades.

However, the yen’s reprieve may be short-lived. The currency still fell to the lowest since 1998 against the dollar Monday, as the Bank of Japan’s easy monetary policy increasingly feels the strain of rising interest rates globally.

Down about 14% this year -- the yen is the worst-performing major currency -- as the BOJ keeps rates low to boost a sluggish economy while US yields surge on bets for continued Federal Reserve hikes. 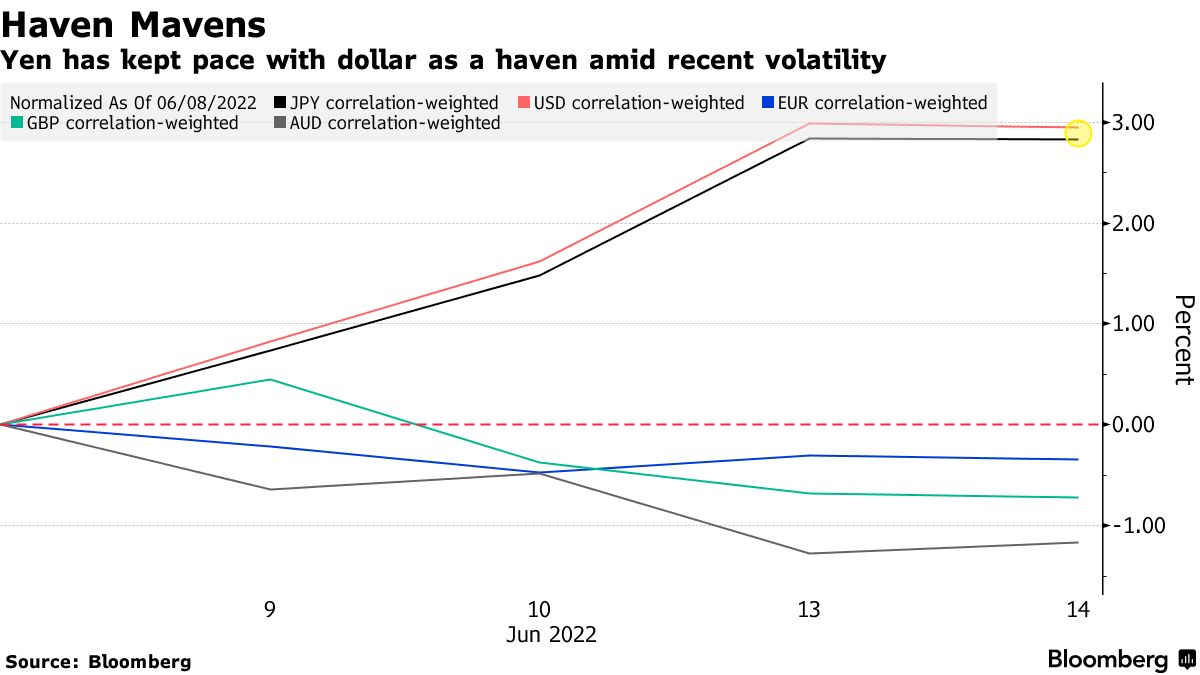 Investors are seeking havens from global stock and bond rout

In the Oil Market, the Strong Dollar Is the World’s Problem