The move is part of a plan to eventually allow the onshore market to trade around the clock, the finance ministry said in a statement without detailing when the new hours will take effect. The authorities will also permit foreign financial institutions to participate directly in the domestic interbank market without establishing a presence in the country.

The new rules are being initiated at a time of heightened volatility in the won, as fears of quickening inflation and slowing global growth hit riskier assets. An increase in foreign participation may enhance liquidity in FX trading and pave the way for South Korea to be included in the MSCI World Index.

At present, the onshore market from 9 a.m. to 3:30 p.m. Foreign investors must rely on derivative contracts known as non-deliverable forwards to manage their exposure to the won offshore, due to a regulation that restricts trading of the currency among non-residents for capital transaction purposes.

The ministry said it will announce further plans to develop the FX market in the third quarter, including details on the trading hours and participants. Trading hours have been extended to 2 a.m. Seoul time initially so that the market is open until around the end of the London business day, according to the ministry.

In its published June 9, MSCI Inc. said South Korea’s FX market needed improvement and cited restrictions on onshore trading as an impediment. “There is no offshore currency market and constraints persist on the onshore currency market,” the index provider said in the report.

The won has fallen about 8% against the dollar this year to trail all its emerging Asian peers, as global growth concerns hit the risk-sensitive currency. 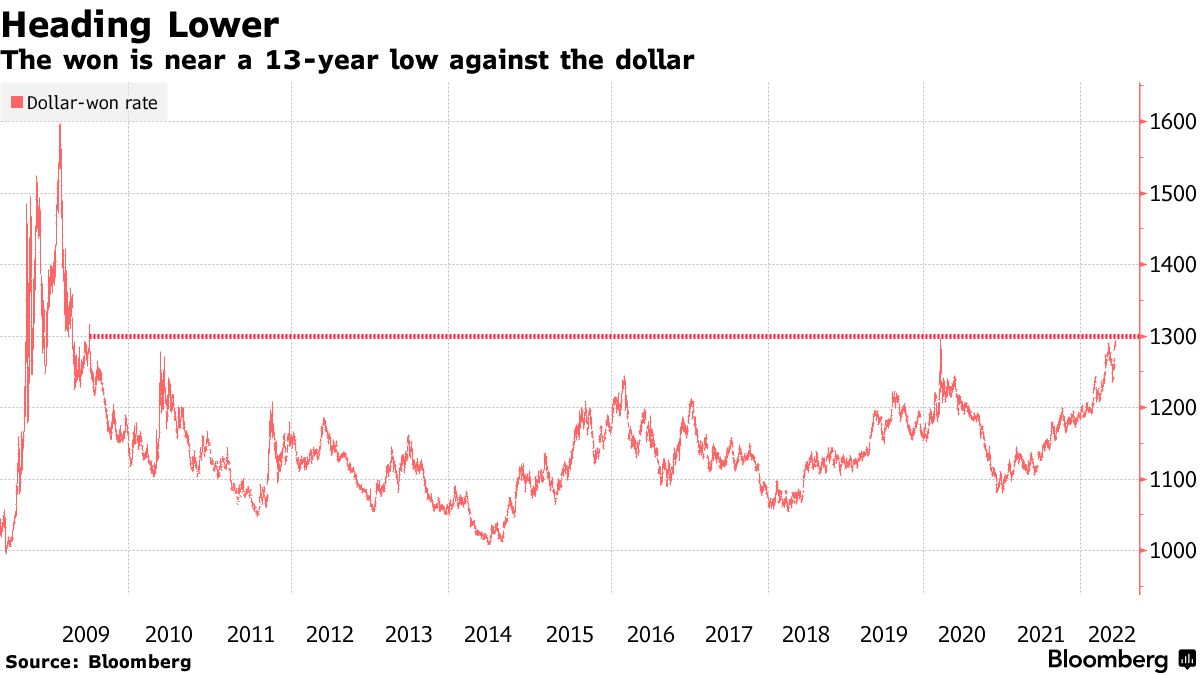 Onshore market will eventually be allowed to trade 24 hours

The Global Currency Wars Have Begun Because, Well, Inflation