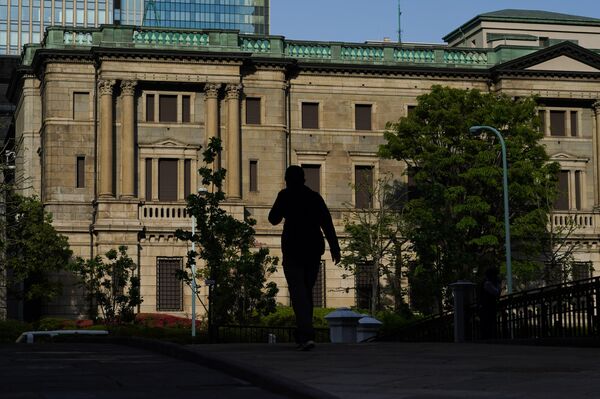 Currency options traders are betting the Bank of Japan will join global peers like the Swiss National Bank in roiling markets with a monetary-policy surprise this week.

Demand to hedge one-day price swings in the yen ahead of the BOJ’s meeting Friday is the highest since March 2020 and traders are also betting that the yen -- which has gained over 1% so far this week -- could extend the rally. An move by the SNB to raise interest rates for the first time in 15 years on Thursday put the franc on track for its biggest rally since January 2015, when a cap on the currency was removed.

While Japan’s policy makers are expected to continue with monetary , there’s growing speculation in global markets about the potential for a shock decision. The BOJ has been on government bond yields since 2016 and defending that cap vigorously in recent days, but pressure is building to either alter its policy stance or give guidance on when that will end after the Federal Reserve’s biggest interest-rate hike since 1994. The yen rallied as much as 1.1% Thursday.

“As the BOJ is now the last central bank standing as regards easy policy, it’s unsurprising that bets against the BOJ are building,” according to Jeremy Stretch, head of G-10 foreign-exchange strategy at CIBC. While Stretch expects the central bank to stick with its current policy, “any suggestion of an adjustment to the YCC threshold would result in a material bounce in JPY valuations,” he wrote, referring to yield-curve control, in a note published Thursday.

In a Bloomberg survey last week, all but one of 45 surveyed economists forecast no change in the BOJ’s main policy settings for its yield curve control and asset purchases. And Governor Haruhiko Kuroda the need for monetary stimulus as recently as Monday. Unlike other nations, global inflation remains relatively benign in Japan, given the country’s recent history of disinflation.

Read more: A Small BOJ Policy Change Should Have a Large Ripple Effect

The Swiss National Bank lifted its expectations for price pressures on Thursday as it hiked its policy rate by 50 basis points to -0.25%, boosting the franc 1.5% versus the dollar.

Inflation also the Fed’s move, with Chair Jerome Powell starting his press conference with what he described as one overarching message: “we’re strongly committed to bringing inflation back down, and we’re moving expeditiously to do so.”

That’s raised the likelihood that Japan’s central bank could catch markets wrong-footed by escaping negative rates territory, altering guidance that it “expects short- and long-term policy interest rates to remain at their present or lower levels,” or by reshaping curve control.

“Speculators have mounted a direct challenge to the YCC policy by JGB futures,” said John Hardy, head of currency strategy at Saxo Bank. “With the Fed raising the pace of its rate tightening yesterday and the ECB getting priced to move to a faster pace of hiking than previously anticipated, the pressure may become intolerable on the Japanese yen and force the BOJ to capitulate soon.” 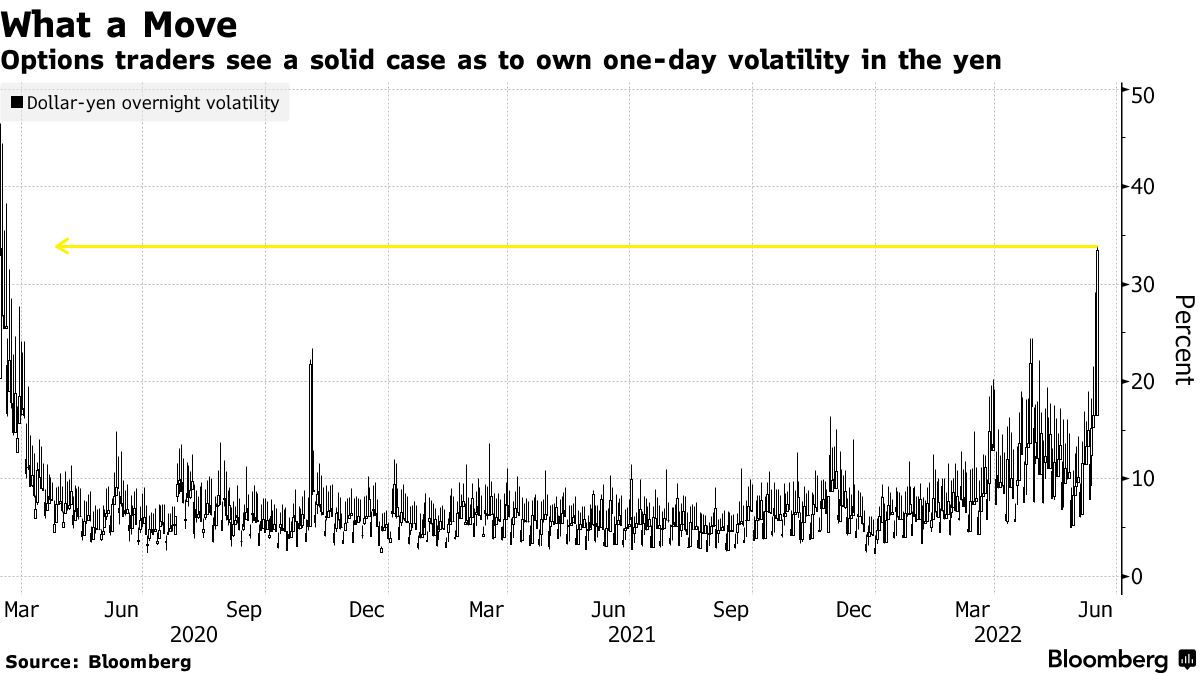 Relentless rally in the options space unfolds for yen exposure

Overnight volatility rises above 30% as traders rush for cover