The yen’s tumble after the Bank of Japan’s to budge on ultra-easy monetary policy shows that traders will continue to challenge Governor Haruhiko Kuroda’s commitment to keep the liquidity taps wide open.

Hedge funds that the BOJ would abandon its super-easy rate policy. But Kuroda stuck to his guns on Friday, offering only a rare reference to currency rates in the policy statement to acknowledge that the central bank is scrutinizing risks stemming from the weakening yen.

Markets took this as a sign that the BOJ is willing to put up with the deepening sell-off for now, which will likely embolden bears to drive the currency even lower.  That’s exactly what happened on Friday, with the dollar climbing as much as 2% higher to 134.91 yen, closing in on a 24-year peak.

“The dovishness of the BOJ means the yen is set to fall into a weaker 135 to 140 range against the dollar,” said Mansoor Mohi-Uddin, chief economist at the Bank of Singapore.

One-month risk reversals in the trading pair narrowed as bullish bets on the yen faded. Options traders had earlier positioned for a rally in the Japanese currency following the BOJ’s much-anticipated meeting.

Investors are even dumping the yen against the Swiss franc, which surged to his highest level since 1980 on Friday after a surprise rate hike by the Swiss National Bank.

The BOJ’s persistence to keep rates low while conducting massive purchases of bonds highlights its long-held focus on leading the country out of deflation. But it’s making the yen ever more vulnerable.

“A long as the BOJ remains ultra-dovish, the exchange rate will continue to weaken,” BBH analysts wrote in a note. “Jawboning is all we are likely to see for now as any FX intervention would be going against the fundamentals and so likely doomed to failure.” 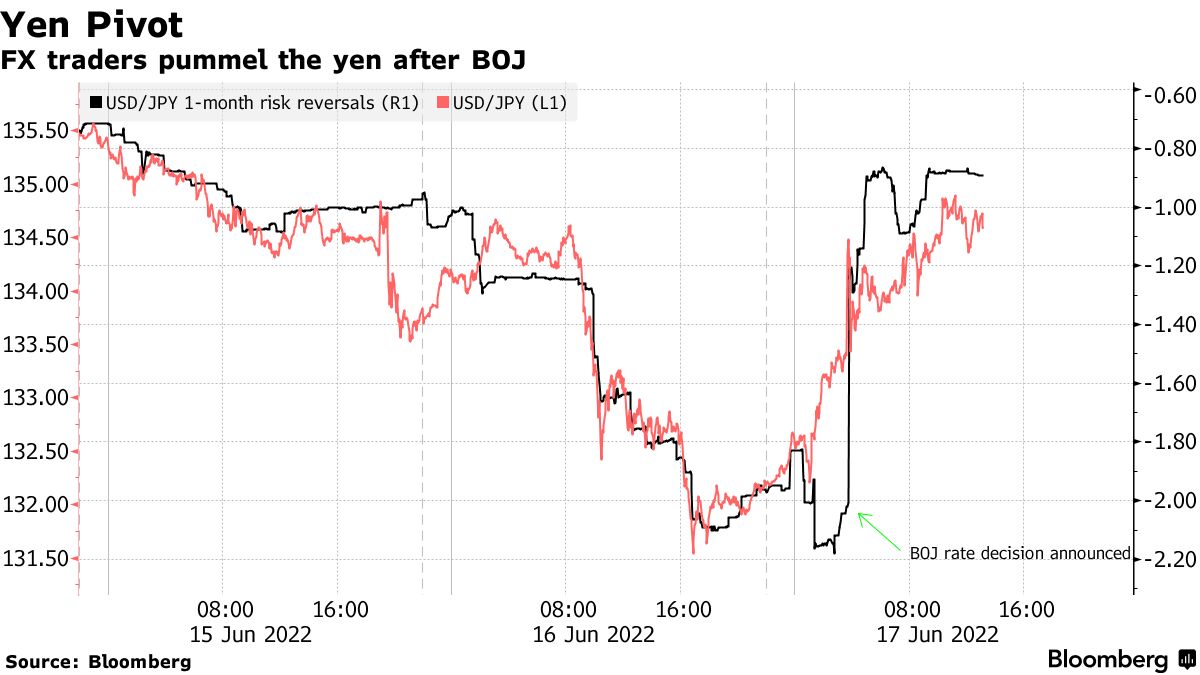 Currency may drop to 140/USD as BBH Sees intervention ‘doomed’